You will need a PC copy of The Simpsons: Hit & Run as well as the following tools to accomplish the steps in this tutorial:

To actually play our map in-game, we'll first need a basic mod to start with. We've gone ahead and created a basic mod for these purposes that you can download here.

You will need to extract the "Tutorial Map" mod folder inside the ZIP linked above into any of the Mod Launcher's default mods folders or any custom ones you have defined in the Launcher's Settings to be able to use the mod.

Once you have the mod in place, you're ready to start making a brand new map.

SketchUp's interface is very customizable so depending on your chosen layout you may not have certain important panels in view. We'd like to make a couple recommendations for the purposes of these tutorials and creating maps in general.

Since the Map Builder relies heavily on a hierarchy of groups with special names and tags within their names to work we'd first like to recommend that you keep the Outliner easily accessible. If you don't currently have a tray with the Outliner in it, you can go to Window > New Tray... to create one containing it. You may also want the Entity Info panel in the same tray as it will make editing attributes of the currently selected object easier.

You will also want the Materials and Components panels accessible. You can technically put these in the same tray though if you have a good amount of screen real estate or multiple screens, it might be better to make another new tray containing just them.

Also note that all new models start with a Component named "Chris". He's not really relevant to what you're going to be doing and you can leave him there or delete him, it's up to you.

You haven't done anything yet but it's good to start by saving your model. For the purposes of these tutorials, you should save it as "Map.skp" in the "_Assets" folder of the mod you extracted in Part 1.

You'll want to start by making some basic "terrain" in your SketchUp model, for the purposes of this tutorial, you should use a flat rectangle (though you could really use whatever you want). 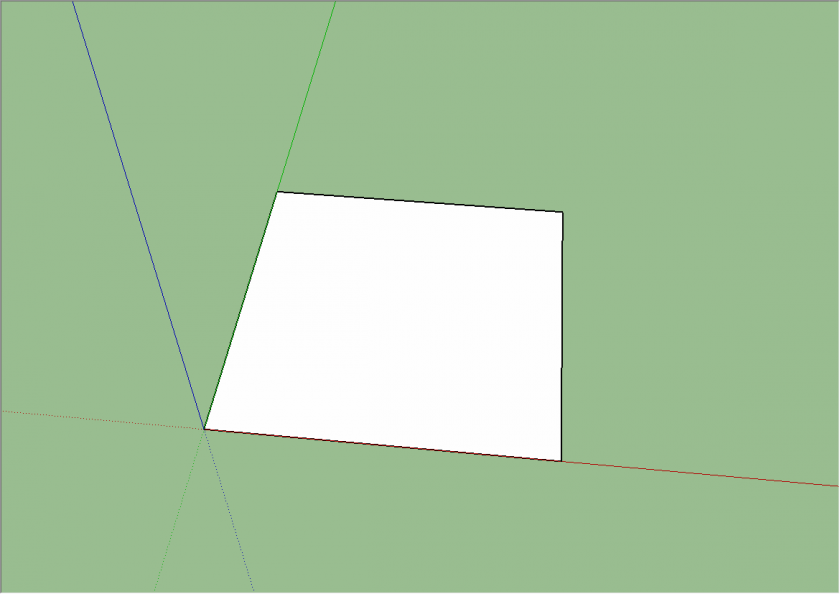 By default, everything within any group that represents a Zone will become a Static Entity model in the map. In this case however, the [Intersect] group tag in the name of the group inside "Zone001" tells the Map Builder that the contents of this group should also be made into Intersect collision.

With those groups setup and named appropriately, you've successfully made a very basic zone of a map.

The mod does not provide these locators as you're also going to create those with the Map Builder using one of its Special Components.

Go to File > Import and navigate to the "Components" folder next to the Map Builder's executable. From there import "Locator.skp" into your model.

This will attach an instance of it on your cursor and you can go ahead and place it down anywhere on the terrain you created in Step 3. 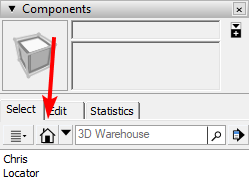 Now select it in this list and drag a second one out onto the terrain.

The [CarStart] group tag used on these components tells the Map Builder to make Type 3 Car Start locators which, despite their name, are also used for character starts.

Now that they're named and tagged select both of the instances, right click and click "Make Group". Once you've made the group, name it "Level".

Make sure this group is in the root of the file and not inside the "Zone001" group.

Once you're done that, your Outliner should look like this:

To start, you want to create an XML file that will contain all of your rules for the Map Builder and a BAT file to actually launch the tool and tell it about your rules.

For now, just make a bare bones XML file that just has a Build element. These are used as the root of any rules file for the tool.

That said, the first order of business is defining a couple custom variables for the working path and also for where your output files are going to go. You can do this using a SetVariable element.

Notice that this path uses the special predefined $(ParentPath) variable. This is a quick and easy way to get the path to the XML file setting the variable. The reason its used here is so paths in any XML file that use this variable are relative to this file, even if they're in a subfolder.

In this tutorial, we're going to be using just this one XML file but its good practice to use this for paths used in various files.

Step 3: Including the base Zone rules

Before you write any more of your own rules, you'll also want to include some of the tool's base rules. Simply add an Include element in the root node of the Build file you created in the last step and set the path to Zone.xml.

This file contains all the necessary definitions to build Zones.

Notice that this path uses the predefined $(ModelBuilderPath) variable. This is a quick and easy way to include things relative to where the Map Builder's executable and files are located (like this base rules file).

The next step is defining what the output files we're going to be building are. In this case you should add OutputPure3DFile elements for the Terra file, Zone 1 and the locators file.

You also want to define some information about the map using a HitAndRunMap element and the zones using a HitAndRunZone element, telling each one to output in the appropriate OutputPure3DFile element.

With these rules in place, the tool will now build empty P3D files to those paths. That's progress but you still need to tell it what to put in those files/zones.

Before you handle how things are going to be built, you'll need a LightGroup element and a VertexColours element that references it.

The former will build a light group that will be used to light objects with dynamic lighting in the world (typically just cars and characters) while the latter will use it to apply static vertex colors to your map's models.

Until your map has materials, you will want create a fallback material with a Material element that the tool can fall back to for faces that don't have any.

The next step is defining the instructions for outputting your SketchUp file using a ModelOutputInstructions element and a SketchUpModelOutput element.

Now is where those P3D files you inputted earlier come in. You're going to want to extract a few things from them to place into your map's files using several Pure3DFileChunksOutput elements. 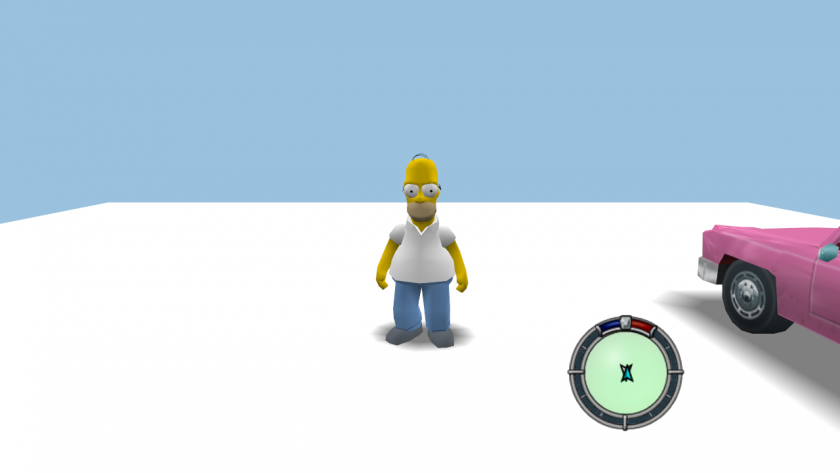