This tag is used to create an animated camera such as those used when starting a mission.

To use this group tag, you must first Include any of the following XML files:

Then you must execute any of the following ModelOutputInstructions on the tagged group or a group containing it:

This tag requires certain other groups with special names and tags inside the group its applied to:

This is an example of a group with this tag applied to it:

This is an example of the contents of that group in SketchUp's 3D view: 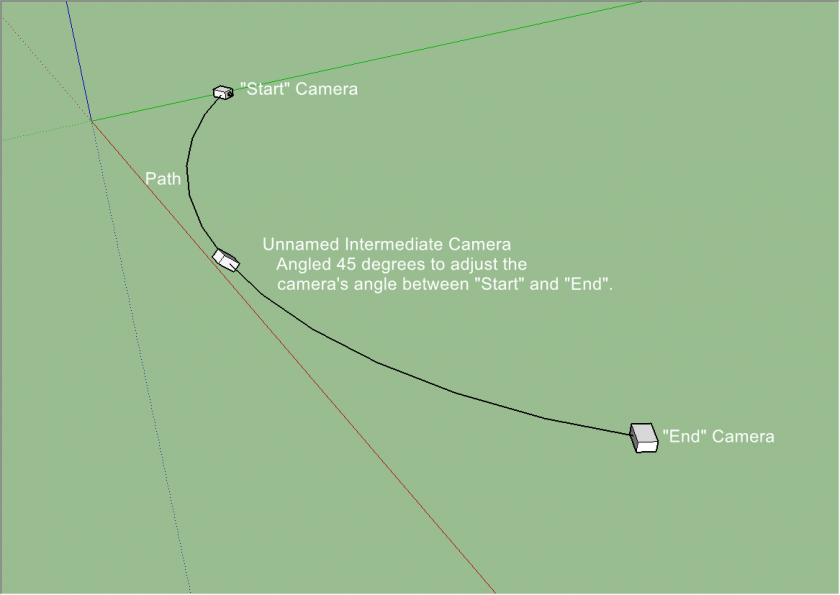 These are other tags that can be used with this tag to configure it further.

This tag can be used to make the camera orient itself to the Path.