This is a guide on how to download and setup SHAR MP.

The first step is to download the Multiplayer Launcher. You can do this by heading over to the downloads page and then clicking the "Client" download button.

Next, you want to extract the ZIP archive of the Multiplayer Launcher you just downloaded.

Do not extract this launcher into the same folder as the main Mod Launcher!

To extract the archive using the built in Windows utility, simply Right Click > Extract All... to open the Extract Compressed (Zipped) Folders dialog.

From there, choose where you want to extract the Mod Launcher and then click Extract.

From there, choose where you want to extract the Mod Launcher and then click OK.

Now we should have a folder containing a few things:

Let's go ahead and start up the Multiplayer Launcher.

You will be greeted by a small settings window that looks like this: 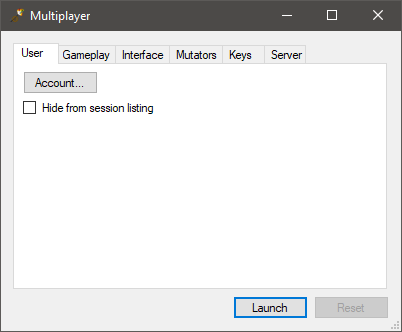 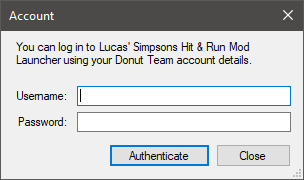 Once you're signed in, you can simply click the "Launch" button on the bottom right to launch SHAR MP.

Once you navigate to your install, select "Simpsons.exe" and click "Open". 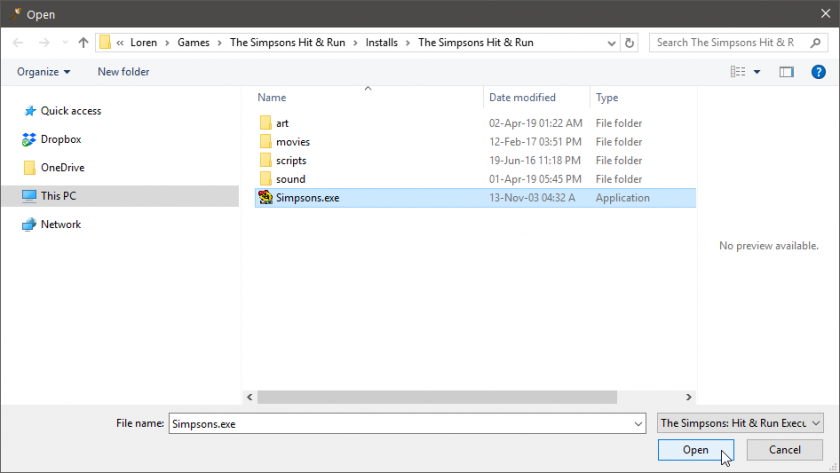 Once you've done that, the game will launch and you are done setting up SHAR MP!

Typically you do not want to place mods in the Mods folder, unlike the main Mod Launcher.