This tutorial will guide you through expanding your map with new road meshes as well as a road network on top of them.

A road network is a series of interconnected Roads and Intersections that allows traffic to spawn and AI cars to navigate around. It's also used by the game's navigation system.

In the previous tutorial, you created a map that was just a small square. This doesn't really have any space for a Road network so the first thing you'll want to do is expand the map a bit.

First focus the Zone001 group. Then you should add some 12 meter wide rectangles to each side of the map and some 12x12 squares to each corner. It would also be good to make some Materials and color them differently so they can be told apart. 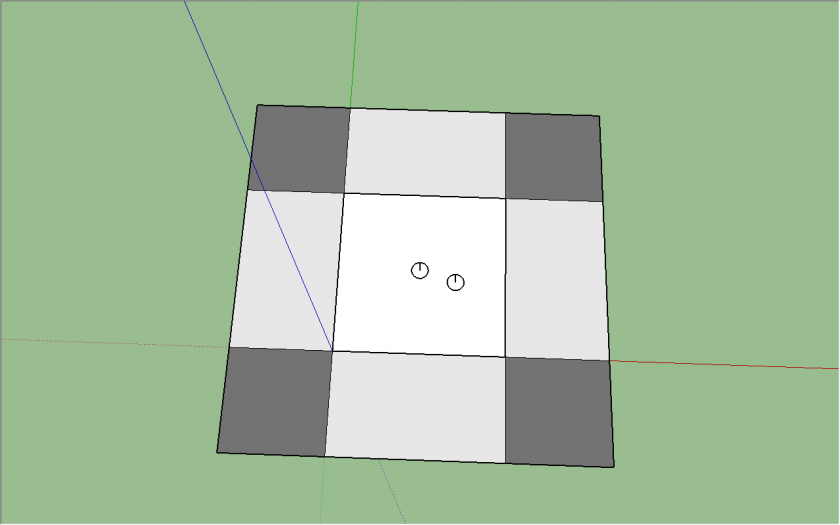 After you make them, group the new shapes and name the group Road [Intersect] [Road]. The new Road group tag on the end is how you tell the tool to include this mesh on the HUD map in Radical's road color.

Roads are very easy to create as they are just 1 or more connected lines with a special group name. Start by drawing 4 separate lines connecting the midpoints of each corner of the map. Make sure not to do this inside the zone group. 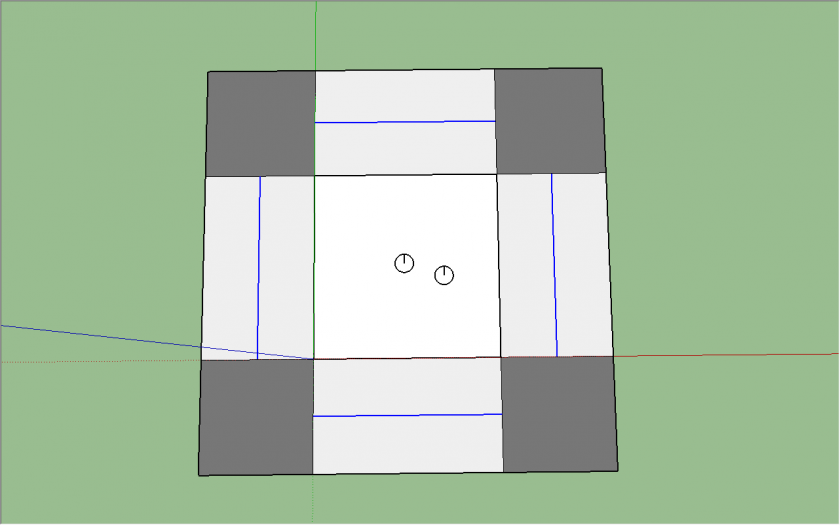 Then select each line individually and group it. Once you have 4 groups, name them with the following names:

In this case you use the SimpleRoadPairRight group tag to tell the tool that you want this line to be made into 2 parallel roads going the opposite direction of one another. The Right part means cars will drive on the right side of the road though there is an equivalent SimpleRoadPairLeft group tag.

The 3 parameters following that tag are as follows:

Intersections are also simple as they are just grouped circles. Draw 1 in each corner that fully covers the end of each road.

Make sure to delete the face in each one, leaving just the edges of the circles! 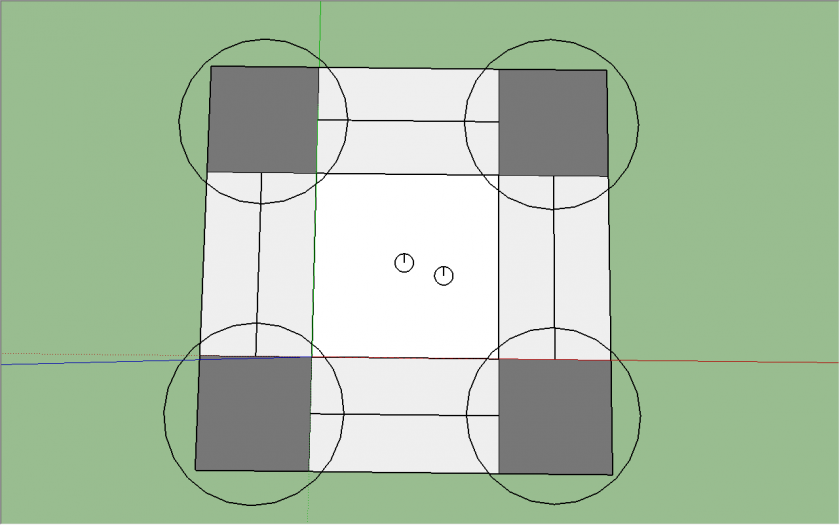 Now select each circle individually and group it. Name each one with some group tags as follows:

This example also adds the Stop group tag to the second and fourth intersections. This makes it so traffic will stop at these intersections instead of immediately continuing onto another road when they reach them.

After you make the intersection groups, group all of them and the road groups from the previous step together and name the group Terra. 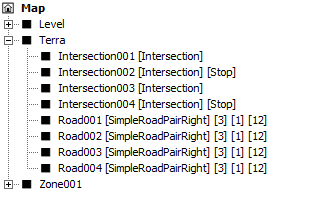 As you may recall, your ModelOutputInstructions already selects a group by this name. This means these are already going to get built into your map's Terra file the next time you build it.

Step 1: Including Base HUD Map rules

The first thing you will want to add to your rules is a line to include the base HUD Map rules next to the Zone rules.

Now that you have the rules, you'll want to add a new OutputPure3DFile element next to your other ones for the HUD map mesh to go into.

You'll also want to add a Mesh element. This will be used in the next step.

Next, head down to your ModelOutputInstructions named "Zone" and add a line to execute the new rules and one to set the OutputHUDMapMesh parameter to the name of the Mesh element you added in the previous step.

Step 4: Build and check it out ingame

There's no new rules to add for the roads so you're actually already done!

If you've done everything right, the map should successfully build and look something like this: 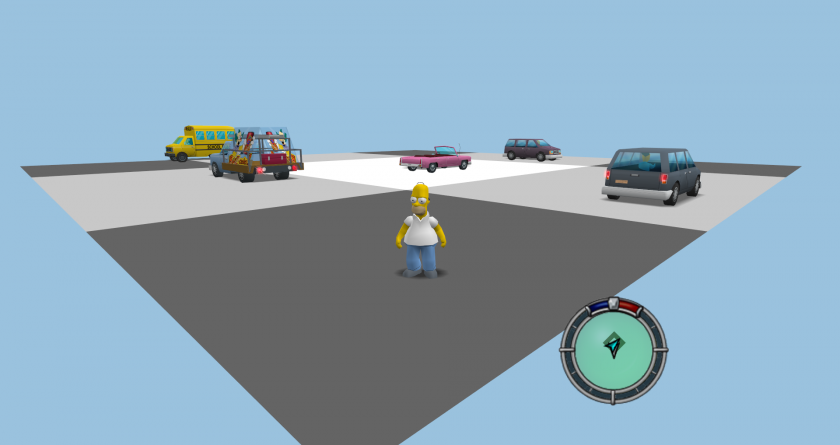